The beauty of virtual events is getting to meet people from other chapters. On September 24, 2020, our virtual “Evening with Gary Eberle” attracted just under 40 oenophiles from several class years and states (CA, TX, GA, PA, NJ and DC). Many were drinking the 2019 Eberle Viognier and the 2017 Eberle Estate Cabernet Sauvignon offered at a special Penn State Alumni price.

Gary entertained us for an hour with his amusing stories and honest advice. Gary Eberle ’67 Biology, started his Penn State football career under Coach Rip Engel in 1962. However, it was Joe Paterno (recruiting him before becoming head coach) who had a profound influence on his life. Robert Mondavi was another inspiration that he met early on in his career. Gary got his post graduate degree in Enology at U.C. Davis. He says the best wine for anyone is the wine they like no matter the cost or label. His favorite wines are Cabernet and Pinot Noir.

Gary said he is often visited by Penn State alumni at his beautiful Paso Robles winery. He usually hears people yelling “WE ARE” before he actually sees them. The Paso Robles wine region is a great road trip weekend. Eberle Winery’s Director of Sales and Marketing, Stacy Bonnifield, was also on hand to say the winery is open for tastings while strict protocols are in order. 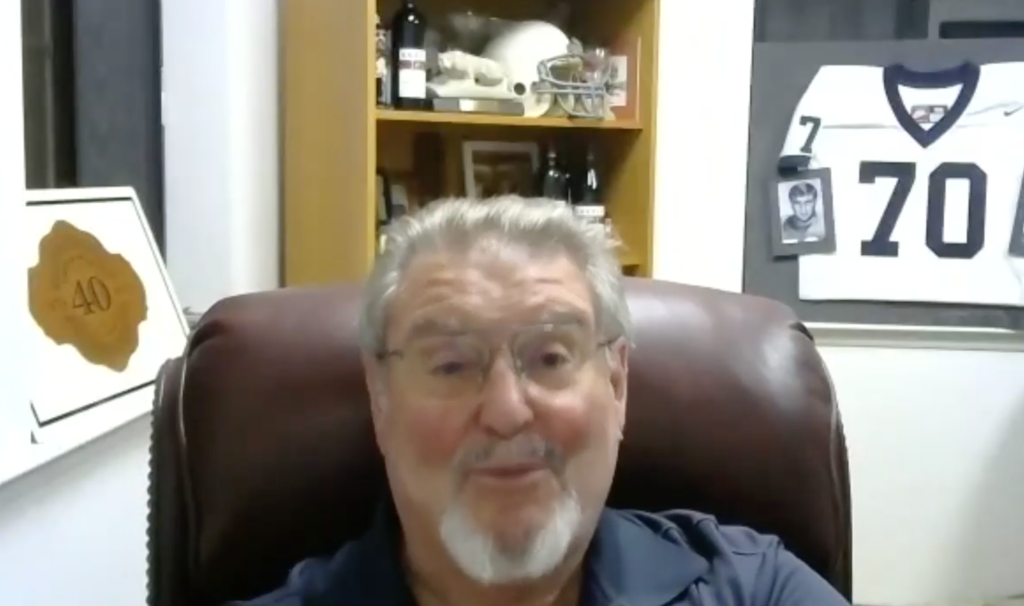 We had two winners from our Wine Trivia: Sean from Austin and Victoria from Pittsburgh. each winning an insulated Penn State wine tote.

We also had an additional contest via social media asking for photos of food pairings. From steak and mushrooms with Cabernet to a chunk of Cheddar with Viogner, a standout platter from Genevieve & Kevin from Huntington Beach was the clear winner of a chapter tee-shirt. There was nothing cheesy about it. 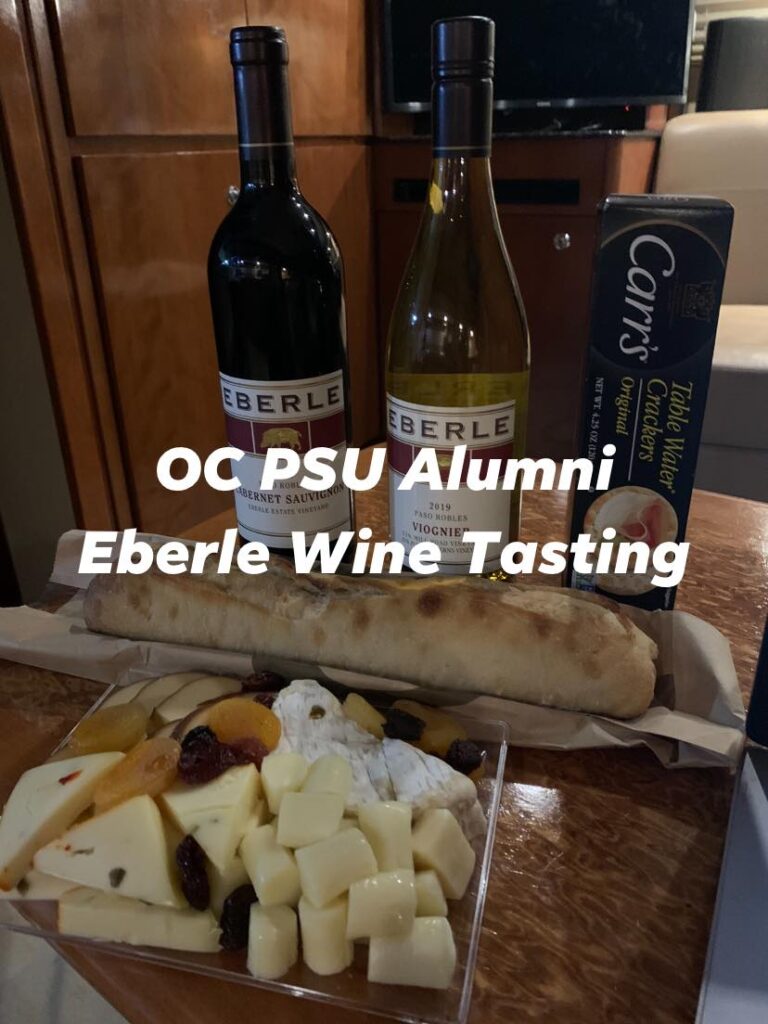 This has been our best Zoom attendance to date. If things go the way they are, we may fill an entire virtual stadium someday! Board Members Valerie Stokes ’09 and Judy Wolfe ’70 chaired the event. Here’s more information about our audience! 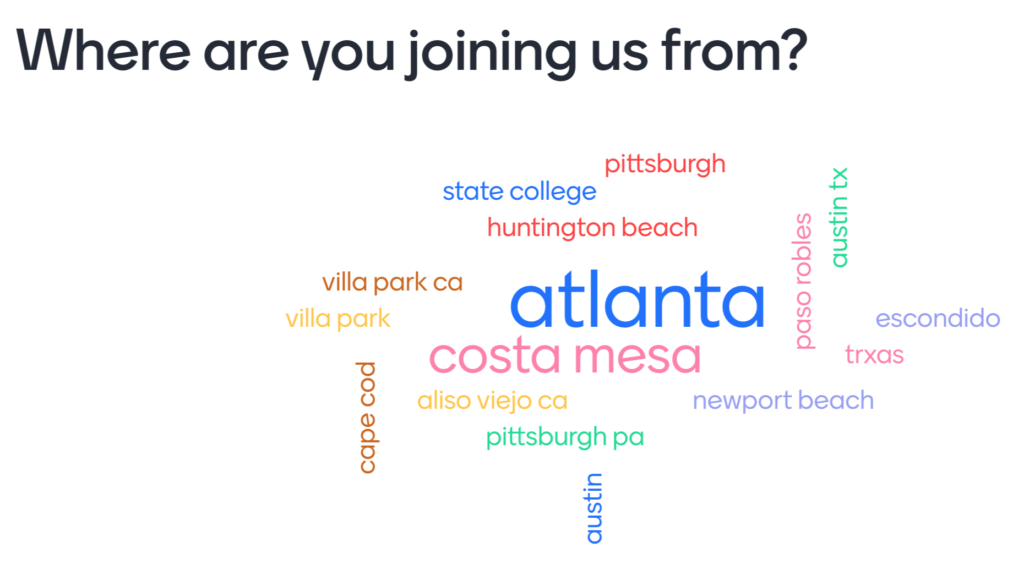