Ending the Season with Creamery Ice Cream and a W

Each year we ship Penn State Berkey Creamery ice cream to Orange County to celebrate the end of the football season and to bring a bit of Penn State closer to our local alumni!

The entire crowd, including our waitstaff at JT Schmid’s enjoyed sampling the flavors! In fact, one staff member mentioned he had seen the Creamery featured on TV, but never got the chance to try it until our gathering! 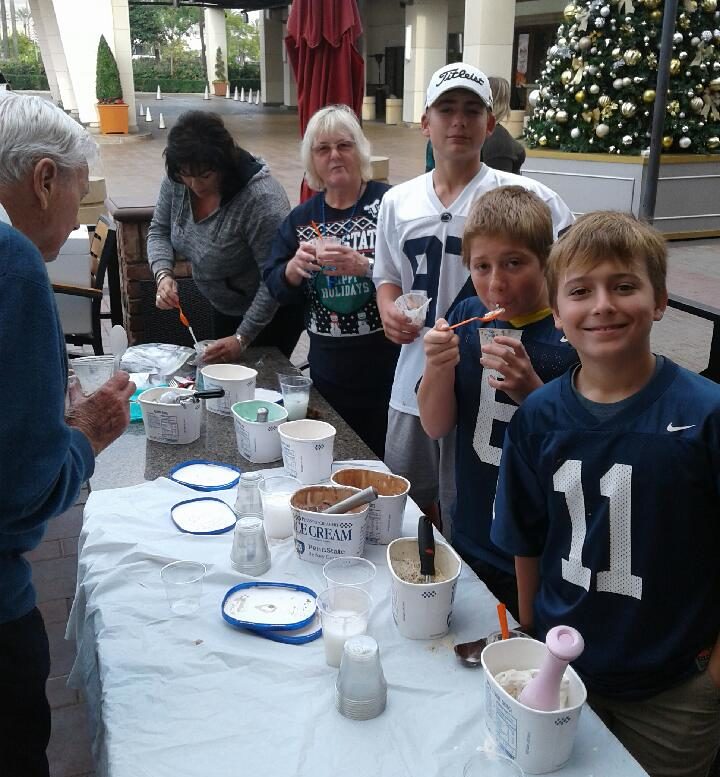 BIG THANKS to JT’s for their generous $25 gift cards used for raffle prizes and for always going above and beyond in serving our needs. I think they will miss our boisterous blue & white crew waking them up on Saturday mornings!

Chapter President Michele Trasport-Gonzalez wowed us all season with creative and fun Penn State raffle prizes saving the holiday themed ones for our last gathering. 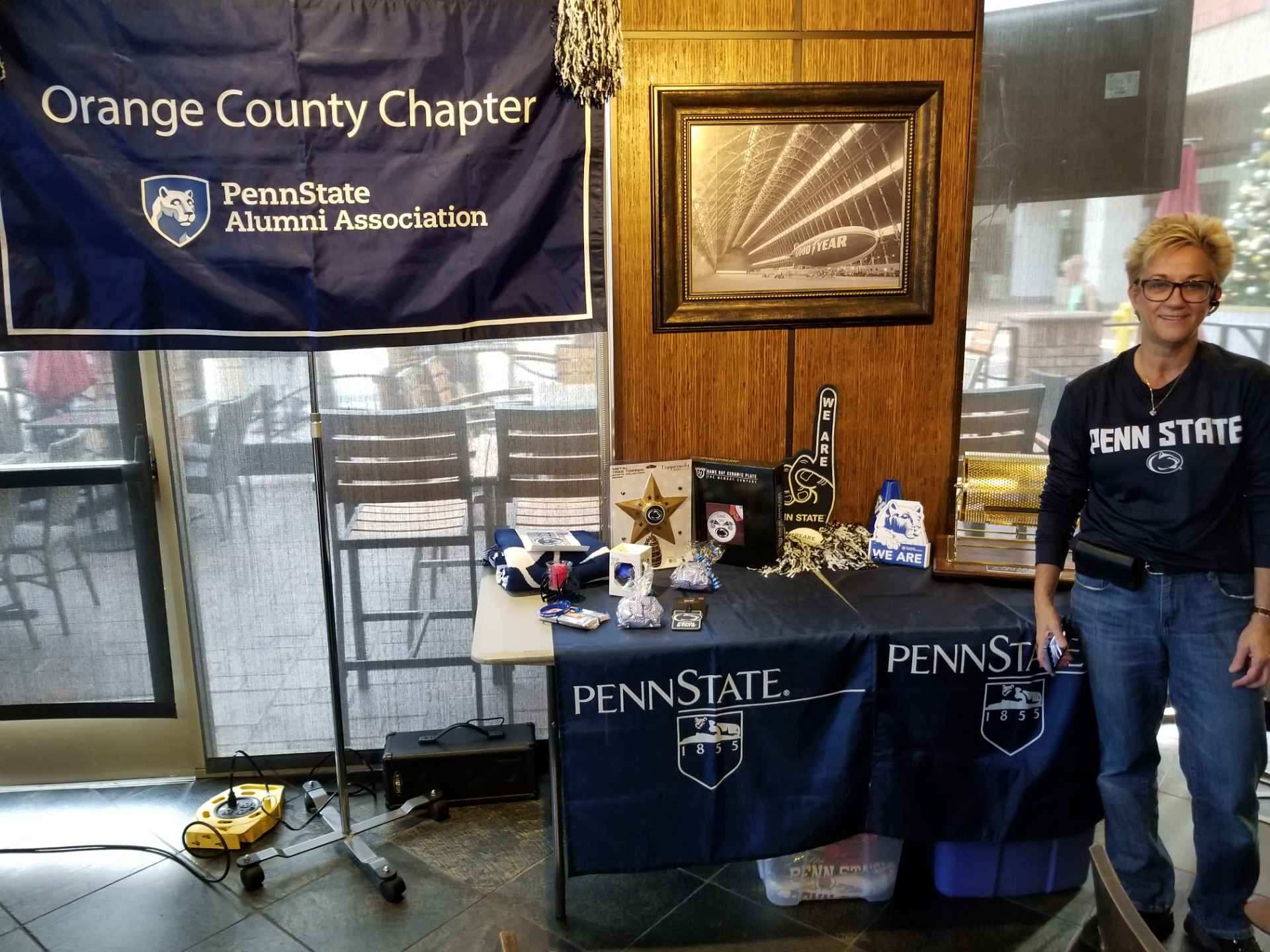 Six alumni attended ALL of the games this season and were entered into a special raffle. Movie buff Dom Saltarelli was the big winner of a Fandango gift card and popcorn…word has it that he attends movies once a week, so it was the perfect prize! 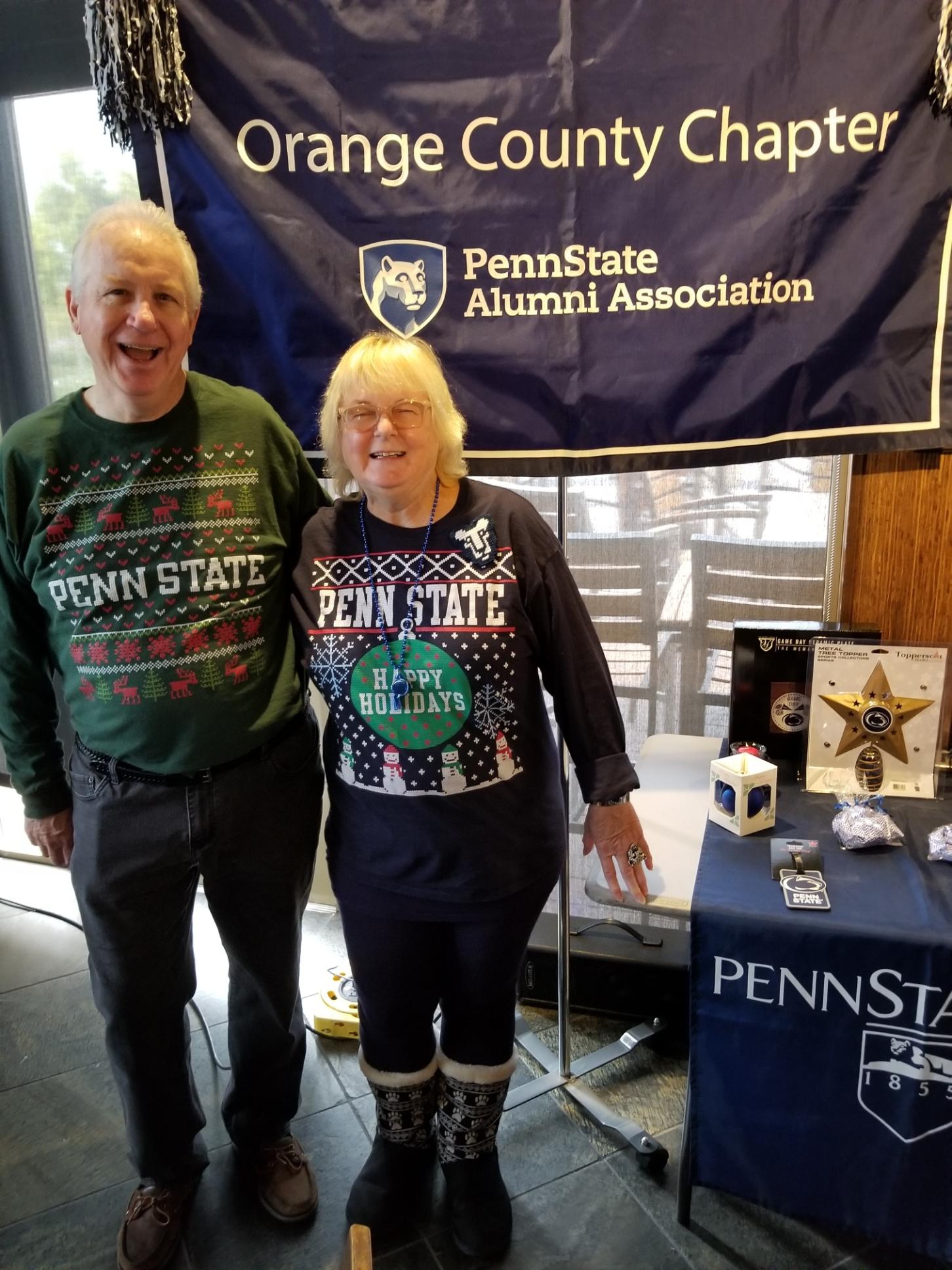 Meanwhile, at the Blue Beet, we had dozens of members viewing Penn State vs. Maryland on every level while enjoying Peachy Paterno and Death by Chocolate Creamery ice cream. 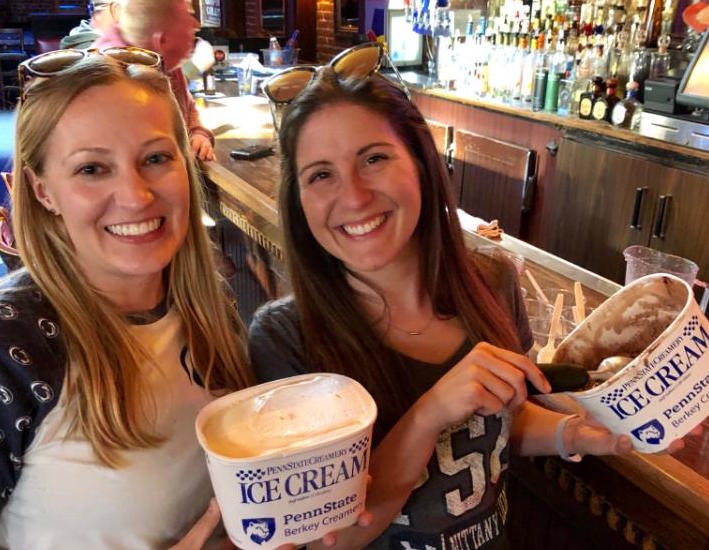 One of our long-time Chapter members, Stephanie Hart assisted Co-VP Carol Kacer in making sure everyone had a treat!

The Quayle family joined us, as well as the Simpsons, the Harts, and some other out of towners like John Shaffer from the Vegas chapter. 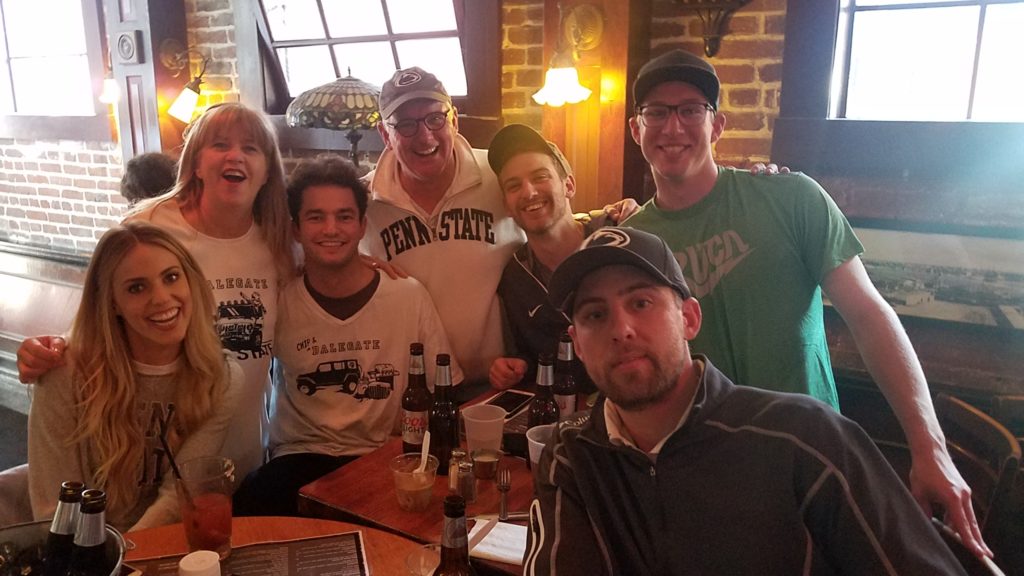 The Quayle Crew at the Blue Beet 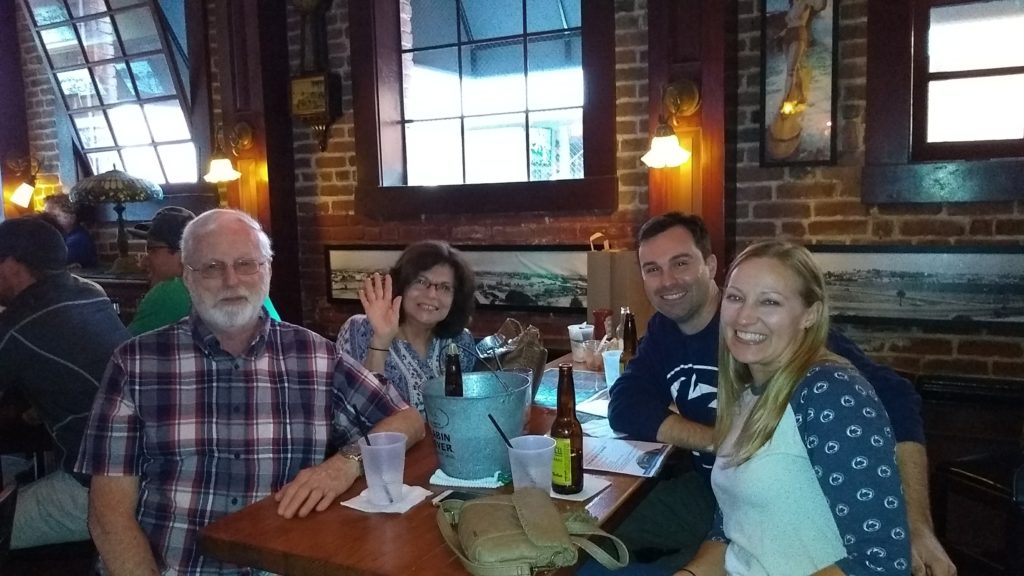 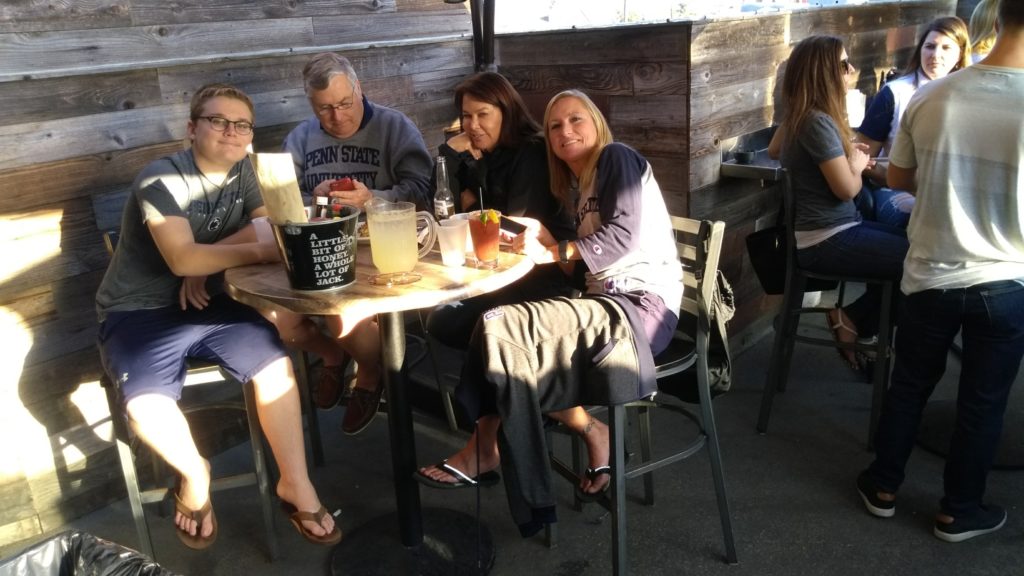 The Simpsons soaking up the sun from the roof while watching Penn State vs. Maryland

We all went home in good spirits from not just the sugar rush, but also from experiencing a final Penn State victory against Maryland (38-3) to end the 2018 season on a high note.

We look forward to seeing you all again at our Holiday Mix & Mingle networking event and holiday party, as well as our Bowl game gathering!

It feels so good to be back! We have been having s

Save the date, Penn Staters! We are continuing our

So proud we were featured in this month’s Penn S

Save the date! We are joining forces with @pennsta

Merry Christmas and Happy Holidays to our OCPSU fa

Are you shopping Cyber Monday deals on Amazon toda