A Student Send-Off to Remember

Despite the summer heat, the coolest students throughout Orange County & the Inland Empire had a blast on Sunday, July 29 at this year’s annual Student Send-Off! From as far away as Redlands, Penn Staters and their families converged on Santa Ana filled with both excitement and anxiety about the adventures ahead.

There were 20 students, including incoming Freshman and Upperclassmen from various campuses (including World Campus!), along with mothers, fathers, sisters, brothers and friends joining the Nittany Lion extended family. The attendees enjoyed getting to know other students in similar situations, either heading off from home for the first time or leaving loved ones behind for a few months to rejoin East Coast friends again.

The party, generously hosted by Peggy and Dale Quayle, was a celebration of achievement and being a part of one of the most distinguished universities in the country. It also kicks off the next chapter ahead for the young and bright minds that will represent both Penn State and our Chapter’s area.

Michele Trasport-Gonzalez, our Chapter’s newly-elected President, introduced the Board and kicked it off with words of encouragement to all in attendance, reminding them that joining our chapter is the lifeblood of all we do to support students, including our Chapter’s Endowed Scholarship.

Former Chapter Presidents David Wolfe, Brian Snyder, Jeff Berkel (whose son is headed to Penn State as a Freshman this fall) and Dick Jantzer also shared a few words as the room of over 50 attendees took it all in. At the end, several current students took turns offering tips for being successfully away from home while maintaining an academic and social life at college.

There was plenty of Penn State swag to go around, including pennants, stickers, ID holders and knit beanies, which will certainly come in handy this winter in Pennsylvania! Freshman Hannah Brucker was the lucky winner of both a Penn State tote bag and a $50 gift card to the Penn State Creamery. We want her lotto numbers! 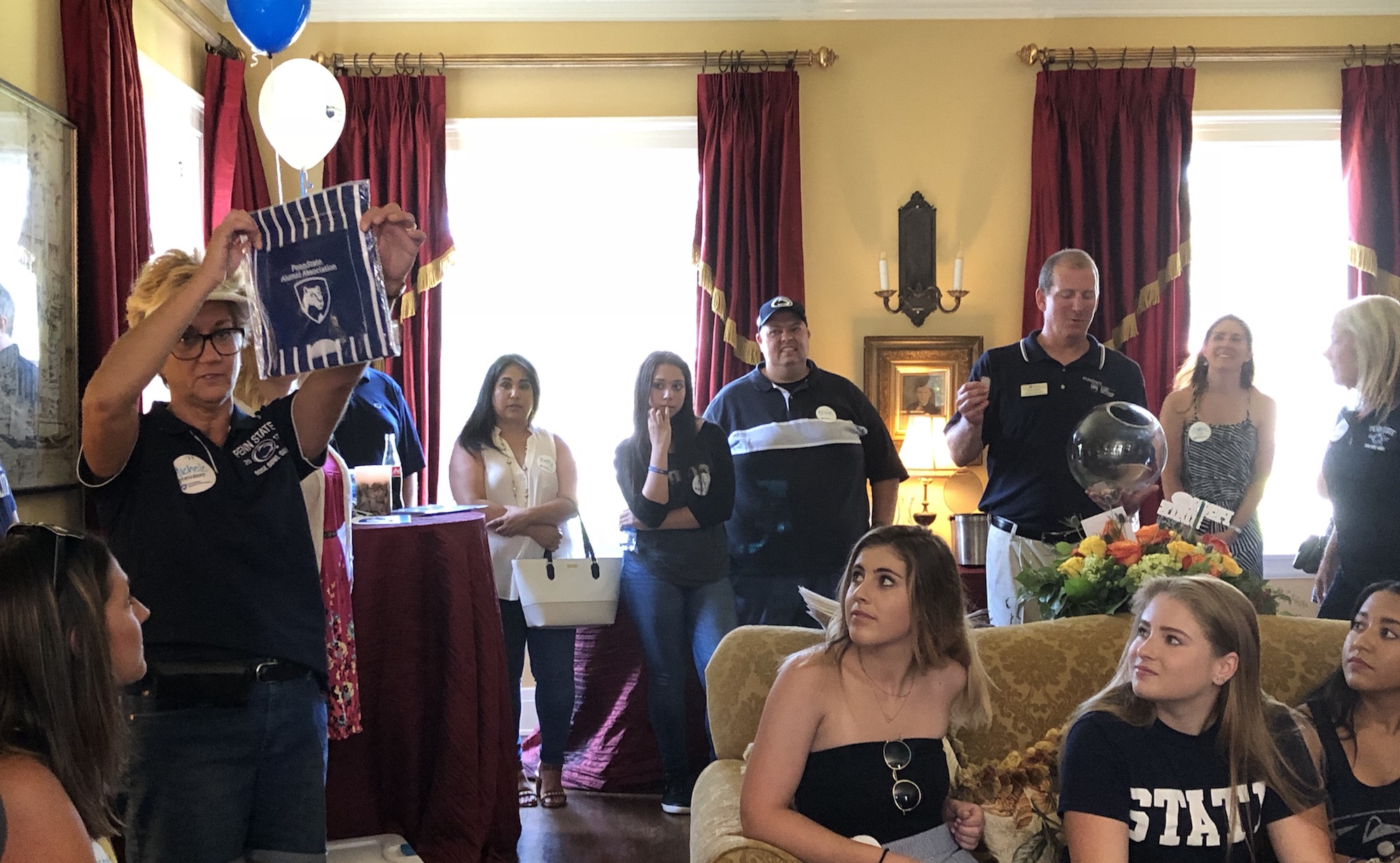 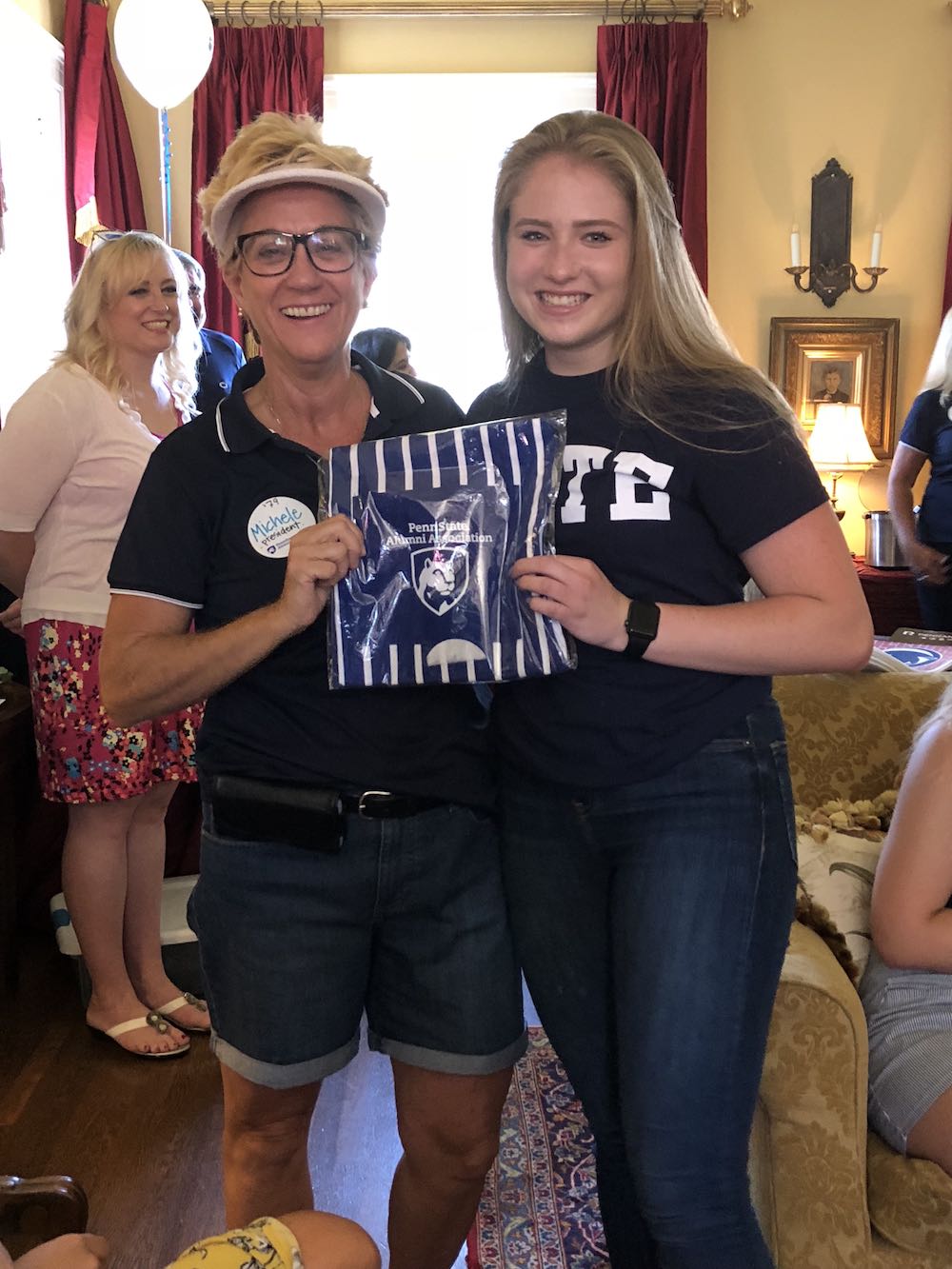 During the event we served burgers and chicken sandwiches, a variety of salads, cold drinks and custom-designed Blue & White cupcakes from French’s.

While Cornhole (Penn State branded, of course!) and Stump competitions took place in the backyard, many sought the cooler, quieter scene inside to meet each other, exchange numbers and emails, and ask advice of fellow students and recent alumni. 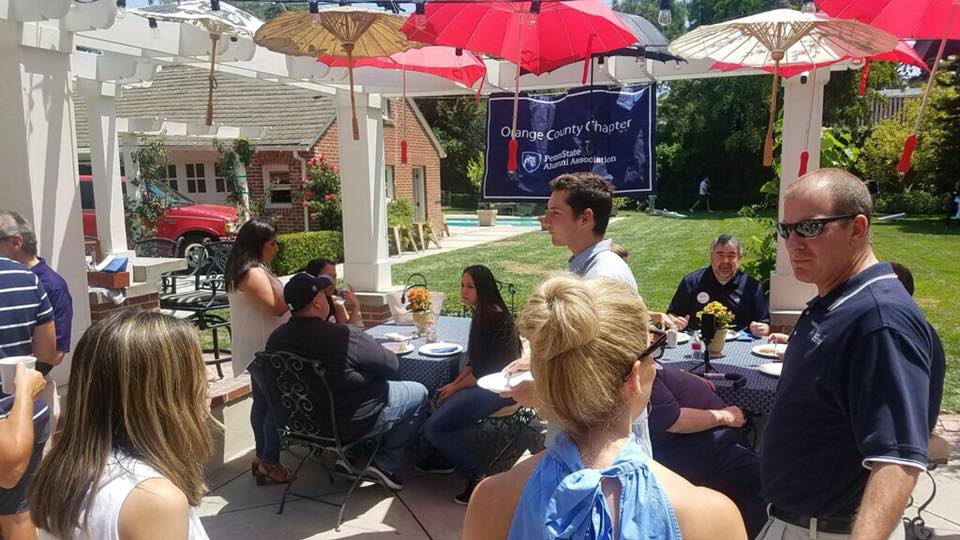 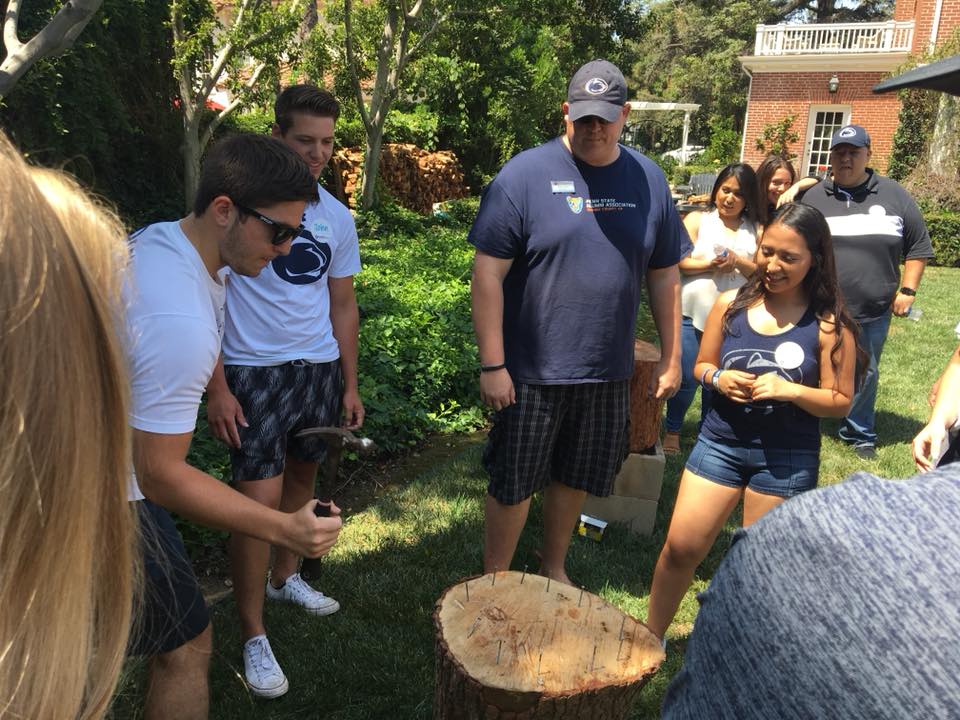 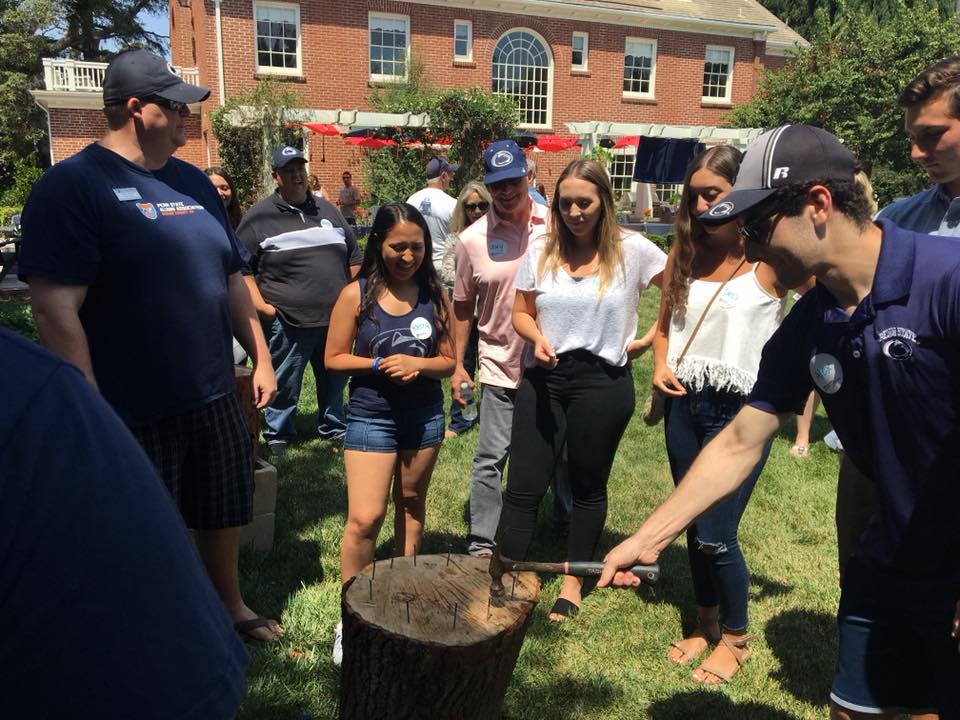 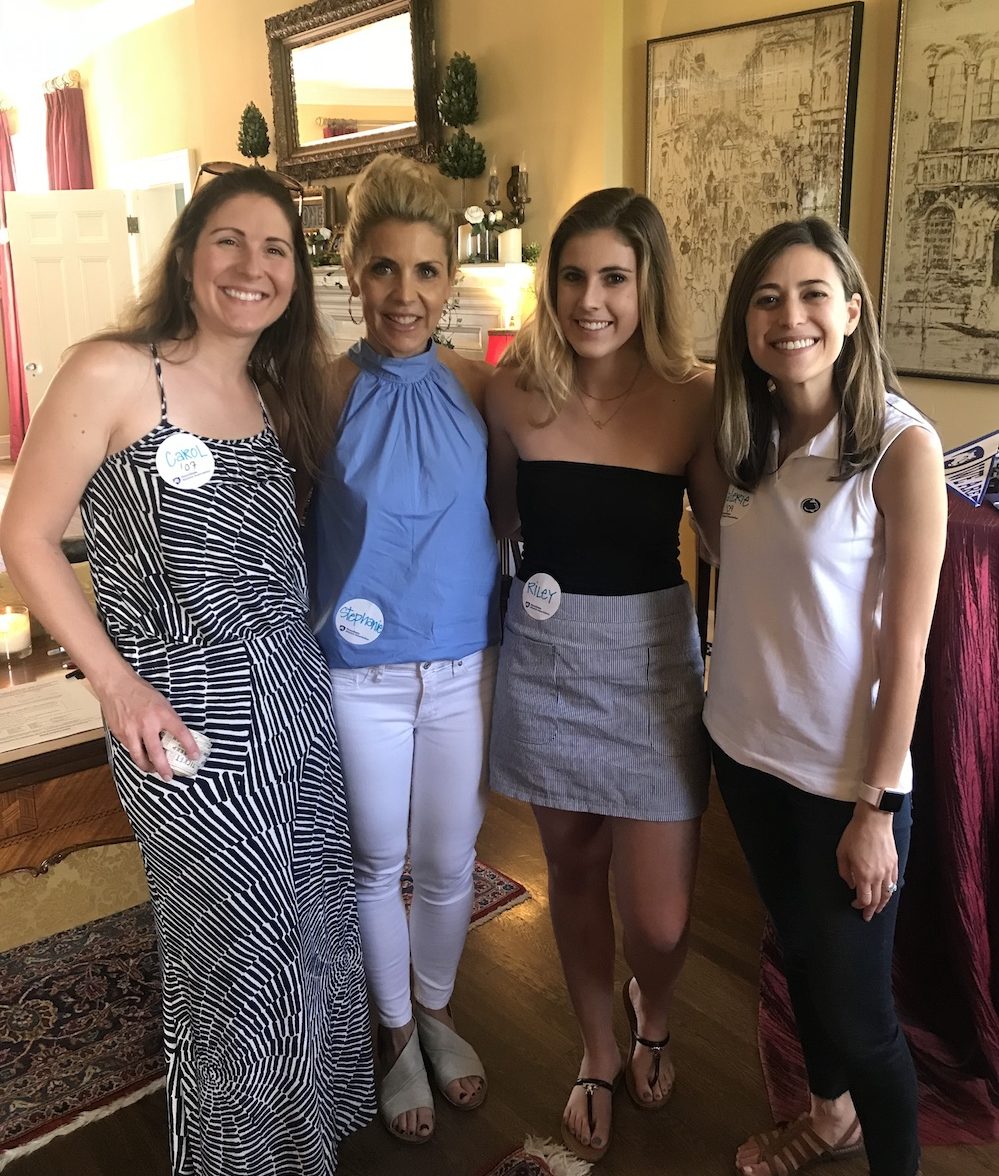 This was the biggest turn-out in years for this event and it shows Penn State is still one of the most popular out-of-state college choices in the country, matched only by its alumni’s loyalty and support.

Special thanks to Board Members Camille Mesite, Linda Krall, Valerie Stokes, and Carol Kacer for help with planning and set-up! To see more photos, be sure to follow us on Facebook, Instagram and Twitter! 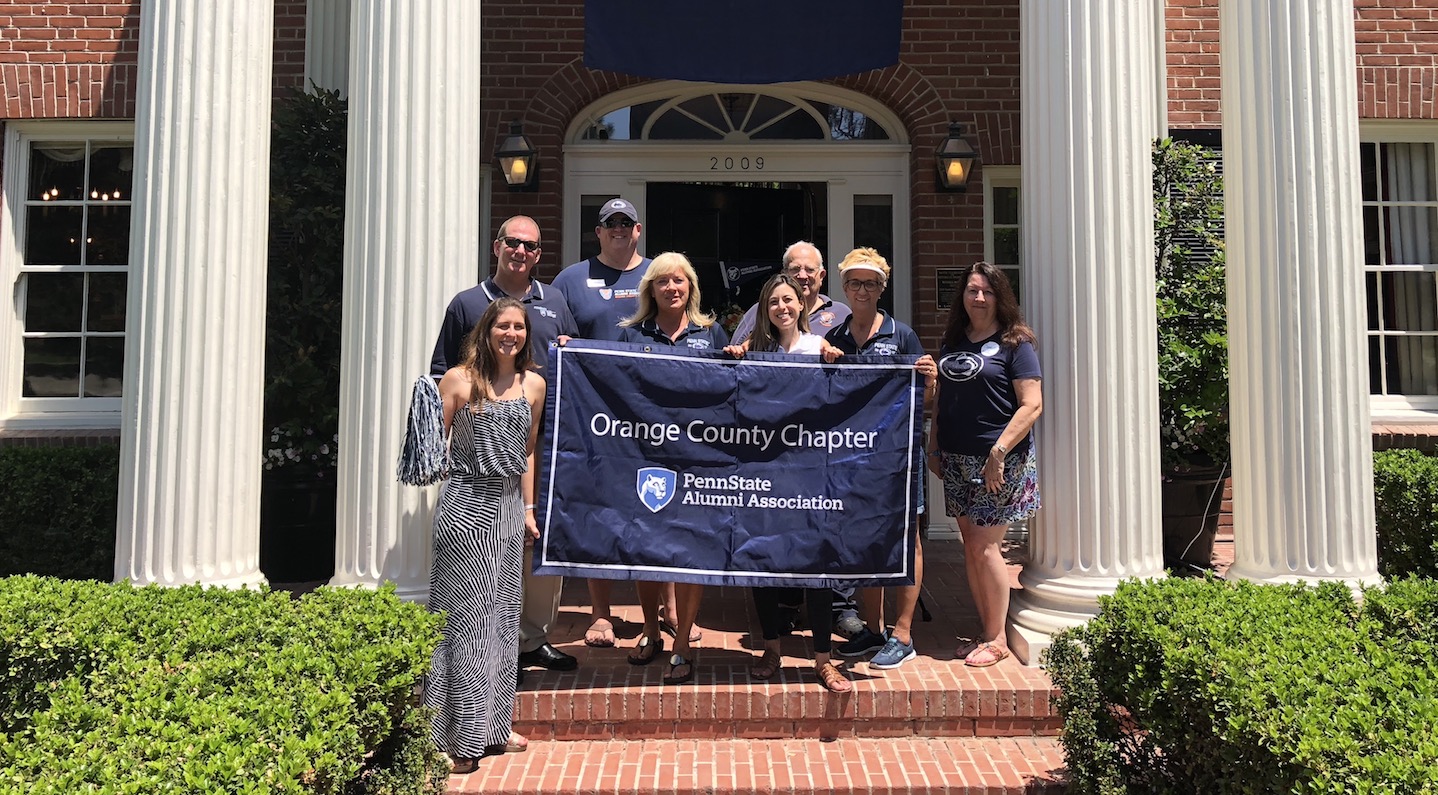 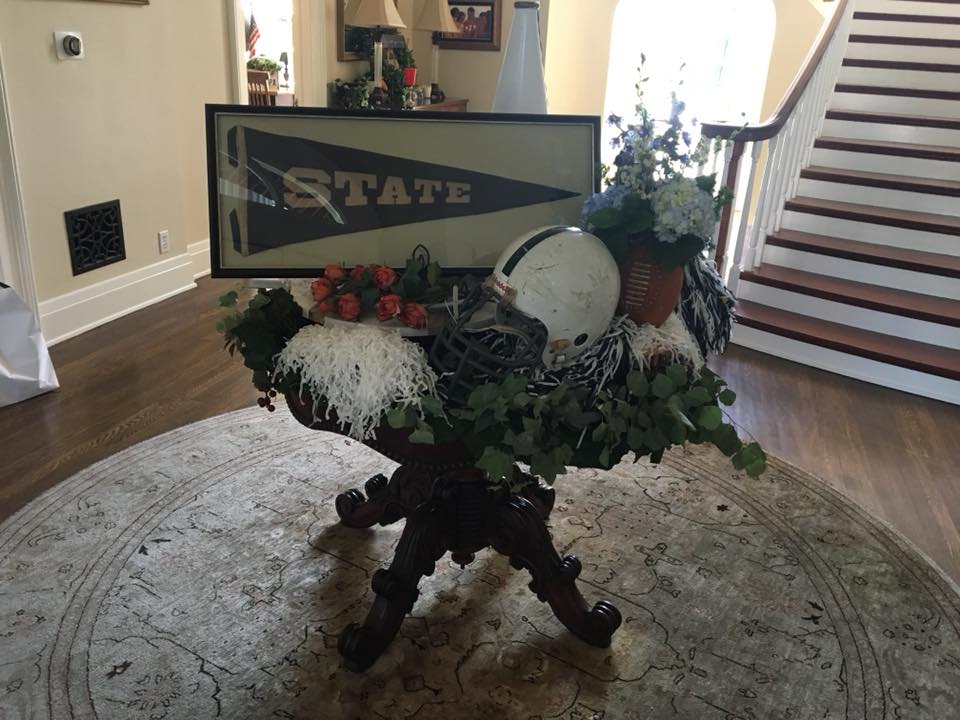 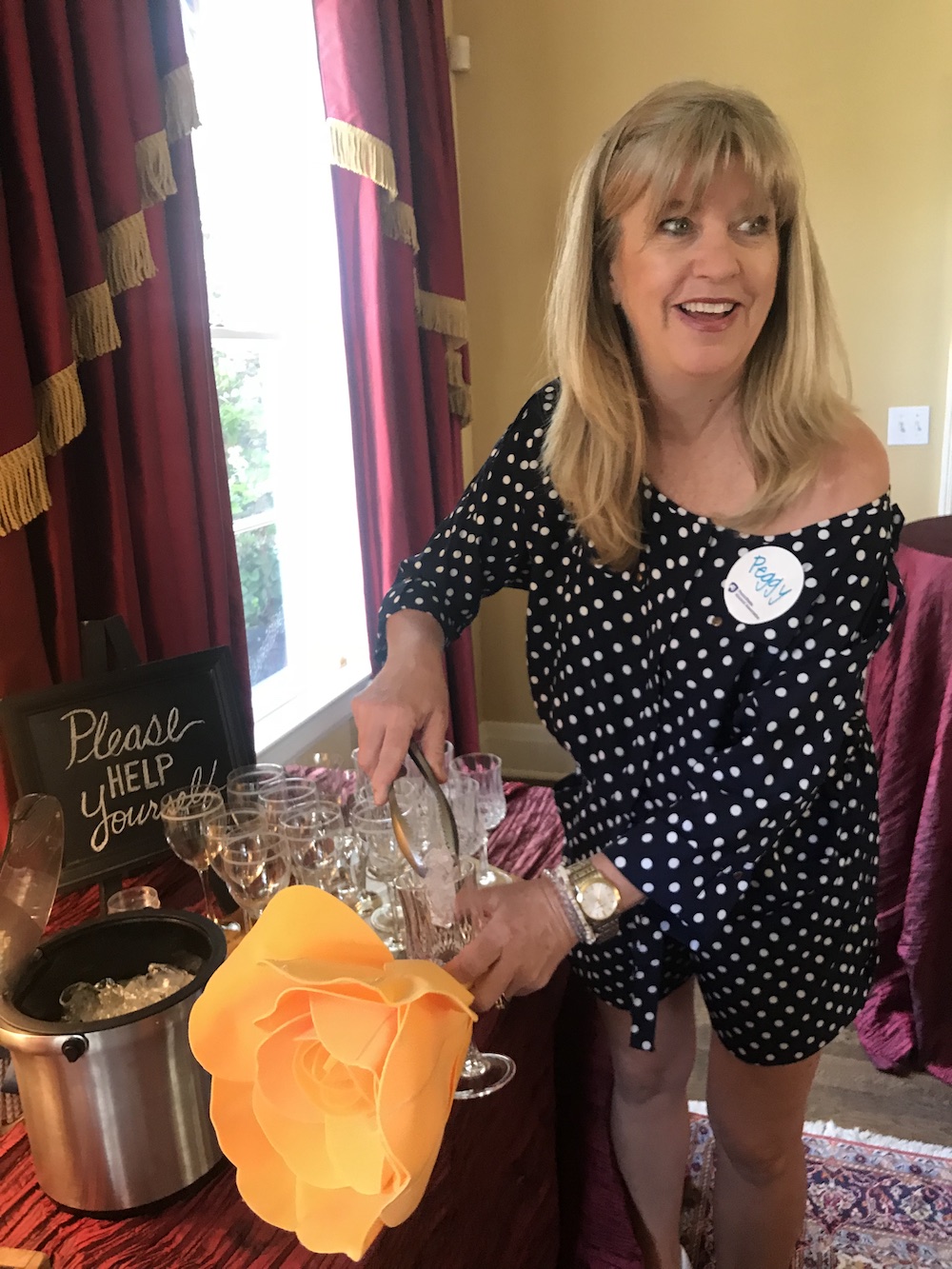 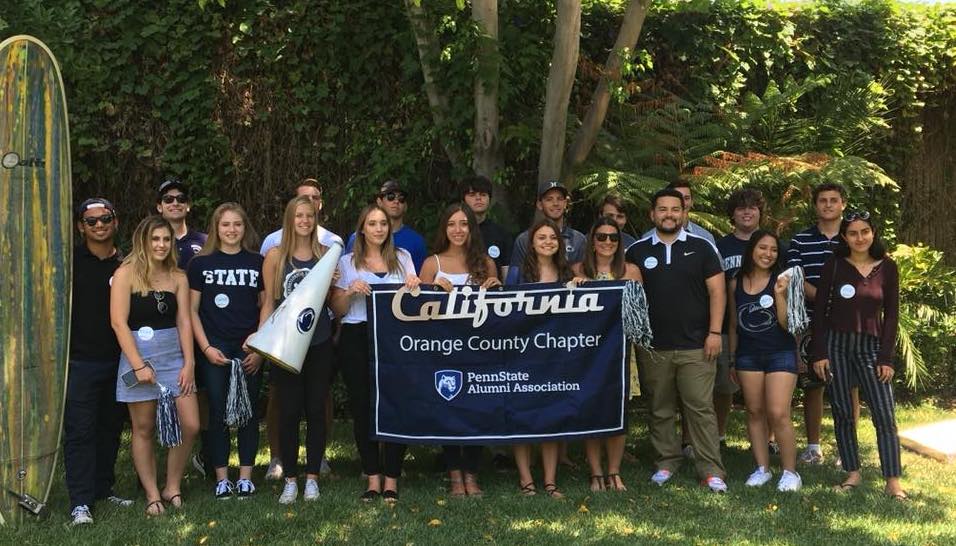 It feels so good to be back! We have been having s

Save the date, Penn Staters! We are continuing our

So proud we were featured in this month’s Penn S

Save the date! We are joining forces with @pennsta

Merry Christmas and Happy Holidays to our OCPSU fa

Are you shopping Cyber Monday deals on Amazon toda